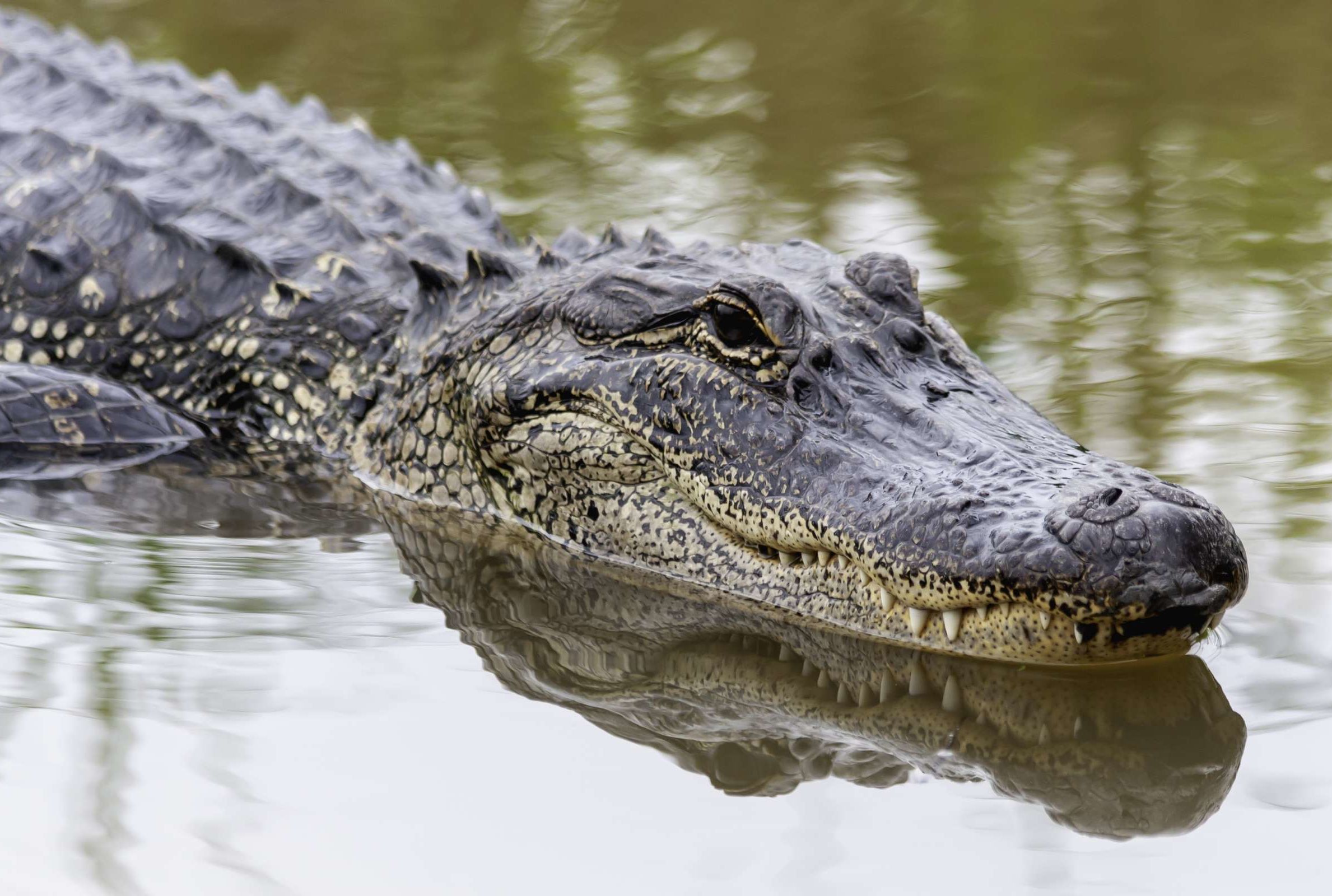 DON’T get too close to them.

DON’T swim or wade where they are.

DON’T let your pets near them.

DON’T agitate or tease them.

DON’T try to catch one.

DO observe from a safe distance.

DO discourage others from feeding them.

DO treat them with respect as an important element of nature.

Alligators are an important part of Texas coastal history and play a key role in the ecology of Texas wetlands statewide. They occur in coastal marshes and other wetlands within 120 Texas counties.

The Texas Parks and Wildlife department receives over 300 calls each year regarding alligators perceived as problems or nuisances. The majority of these complaints involve alligators being observed in natural habitat, roadside ditches or other wetlands adjacent to alligator habitat. Simply seeing an alligator does not make it a threat or a nuisance. It is common to see alligators in many types of wetlands that occur through out the state.

As with all wild animals, people should treat alligators with respect. Good judgment can eliminate incidents. Alligators are protected by state and federal law.

Alligators on the beach?

Yes, while it is not an everyday occurrence alligators do enjoy a day at the beach as well.

Alligators that live in our bodies of freshwater throughout the island collect parasites on their body as shown to the left.

These freshwater parasites can't handle the saltwater. This means the easy way to get rid of them is a day at the beach!

Alligators will typically spend a few hours in the surf before heading back home.

If you see one on the beach or in the surf,

LEAVE IT ALONE and GIVE IT SPACE.

It will go back home where it belongs.

If the alligator is an immediate danger to people call TPWD or The Animal Services Unit.

Name: American Alligator — Alligator mississippiensis. “Alligator” is a corruption of the Spanish “el lagarto” or lizard, in reference to its large, lizard-like appearance. Range: In Texas, the alligator ranges from the Sabine River of East Texas to the Gulf of Mexico and across the coastal marshes to the Rio Grande. This range includes about 120 counties in East Texas and the Gulf Coastal Plains.

Size/Age: Newly hatched alligators measure 8-9 inches in length. Males and females grow at similar rates until they reach three feet. After that, females grow much slower. A Louisiana study revealed that male alligators at age 10 averaged 8.4 feet. Females age 10 were about 6.9 feet. At age 20, females measured 8.4 feet and males 11.5 feet. Any alligator over 9 feet is almost certainly a male. The longest recorded length for an alligator is 19 feet 2 inches. This massive animal was taken in Louisiana in 1890. An alligator this size could weigh as much as 1,000 pounds. Males regularly reach ages of 35-40 years in the wild. In captivity, they have reached 50-60 years of age. Older males are the exception, not the rule. Females are not as long-lived. Under captive conditions, they often reach 30-35 years. Probably few wild females live that long.

Nest: Courtship and mating occur in late spring and early summer. Typically, female alligators lay their eggs in mid-June into early July. The nest mound is composed of grasses, cattails and mud. The female lays 15-60 eggs in the mound and flattens it by crawling across it. The sun and decaying vegetation provide the heat for incubation. The eggs hatch in 65-70 days, usually in late August and early September. Alligators With the human population in Texas continuing to expand, increased contact between people and alligators can and be expected.

People: Alligators naturally shy away from humans. Problems arise when alligators are fed by people. The alligator loses its fear of humans and begins to associate people with food. This produces a potentially dangerous situation. An alligator that has been frequently hand-fed will often lunge at an outstretched hand. This action is often interpreted as an “alligator attack.” In reality, the alligator has been conditioned to respond to an outstretched hand, expecting to be fed. For this reason feeding of any wild alligator is not recommended.

The normally sluggish alligator can become quite agile if unexpectedly disturbed or annoyed. People and pets should not approach alligators closely. This is particularly true of nesting females. As with all wild animals, alligators should be treated with respect.

Alligators are protected by law. Any potentially dangerous alligator should be reported to Texas Parks and Wildlife Department so that proper handling can be initiated. Contact your local game warden or call 1-800-792-1112.

For further information, contact the Alligator Program of Texas Parks and Wildlife Department at (409) 736-3625, or e-mail