Chris Harrison was promoted to Assistant Chief of Prevention (Fire Marshal) in 2017. He began his career in the Galveston Fire Department in July of 1999, promoted to Engineer in 2004, Captain in 2007, and Battalion Chief in 2014. During that time, Chief Harrison also served as Assistant Fire Marshal.

Chief Harrison earned an Associate of Applied Science in Fire Protection Technology from College of the Mainland, a Bachelor of Applied Science in Fire Science Administration from Waldorf University, and a Master of Arts in Organizational Leadership from Waldorf University. He holds Master Firefighter, Inspector, Investigator, and Peace Officer certifications, as well as numerous other certifications through the Texas Commission on Fire Protection, Texas Department of State Health Services, and other agencies. A graduate of the Texas Fire Chiefs Academy, as well as the Texas A&M Fire Service Chief Executive Officer program, Chief Harrison is a lifelong student.

A proud veteran, Chief Harrison has been fortunate to serve in the Army Reserve and Air National Guard, and has been deployed to Afghanistan in support of Operation Enduring Freedom.

Chief Harrison’s goal for the Prevention Division is to keep citizens and Fire Fighters safe through proactive code administration and thorough investigations. 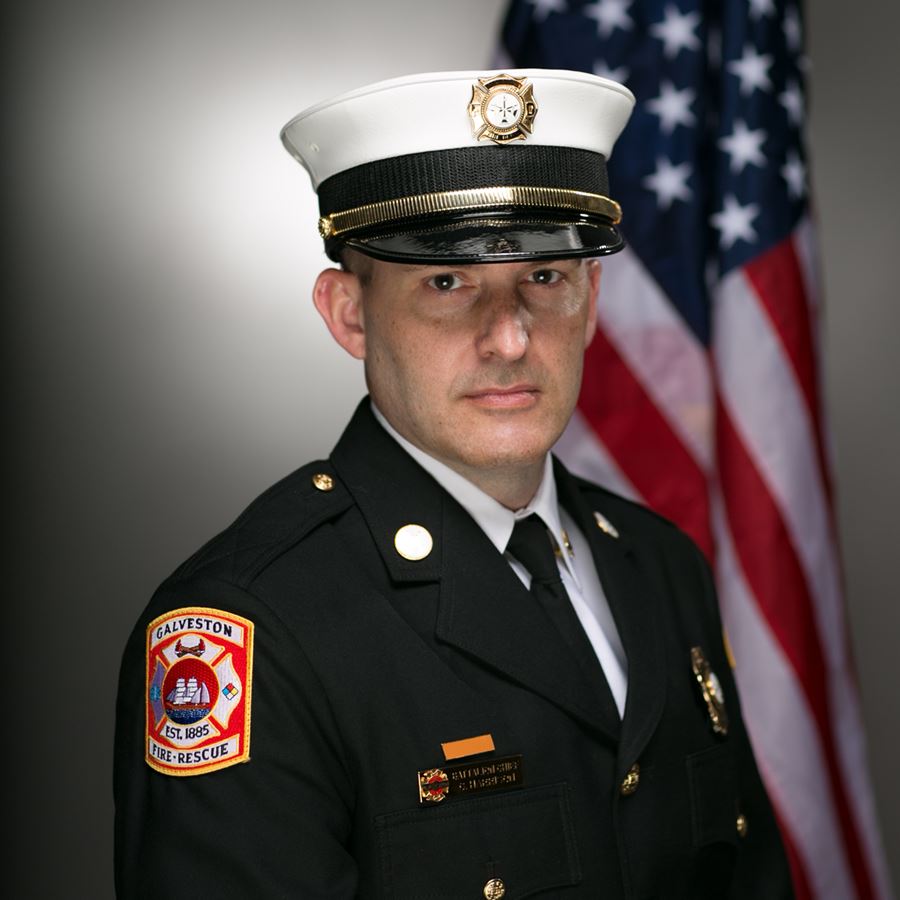